Real nice article about Jon Horton in the countdown of the Arizona Wildcats. We are so proud! #86!

We now stand at 86 days — into the third week of the countdown — until the Arizona Wildcats kick off their 2018 season under new coach Kevin Sumlin. To get ready for the upcoming season, All Sports Tucson offers another countdown, which will include memories from former Wildcats, history notes and a look ahead to the season. Think of it as a way to keep Arizona football on the mind in the summer months leading up to fall camp in early August and then kickoff against the Cougars marking the start of the Sumlin Era.

To catch up on the countdown click on this: Arizona Wildcats 2018 countdown to kickoff.

— With it being the 86th day ’til kickoff, the best player to wear No. 86 for Arizona? That would be wide receiver Jon Horton, a native Tucsonan who played for the Wildcats from 1983 to 1986. He is a Sunnyside High School grad who ranks 10th in career catches (136) and sixth in receiving yards (2,415) in Wildcat history.

Horton’s professional career led him to the World Football League, and that impacted his life, career away from football and his future. He runs his own personal training business in the Netherlands. Here is a picture of him promoting that line of work (notice the Arizona football helmet on his right pectoral muscle).

Want to read the article on allsporttuscan? Follow this link 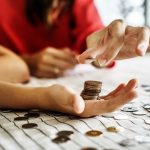